Could there be a third zombie map or mode on launch? 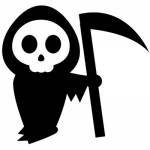 By DeathBringerZen,
August 9, 2015 in General Discussion