Call of The Dead: Ensemble Cast 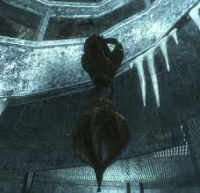 After you do the last step for Co-Op and Solo, there will be a green light that appears. You will have to go the box as many times as you need to and get a V-R11, and shoot a zombie with it.

Preferably, do it while in the light house and when he gets sucked into the green light, shoot him as much as possible until his body goes limp meaning he is dead. He will float to the top of the lighthouse and the golden rod will drop down to the bottom if he is dead.

Go back to the same air tube you put the vodka in and insert the rod. The electrical box on the right will begin to short-out again and you will need to knife it, and that's it!

You will get the Wunderwaffe DG-2 and then you can use it as long as you would like until it runs out of ammo!

There are no comments to display.